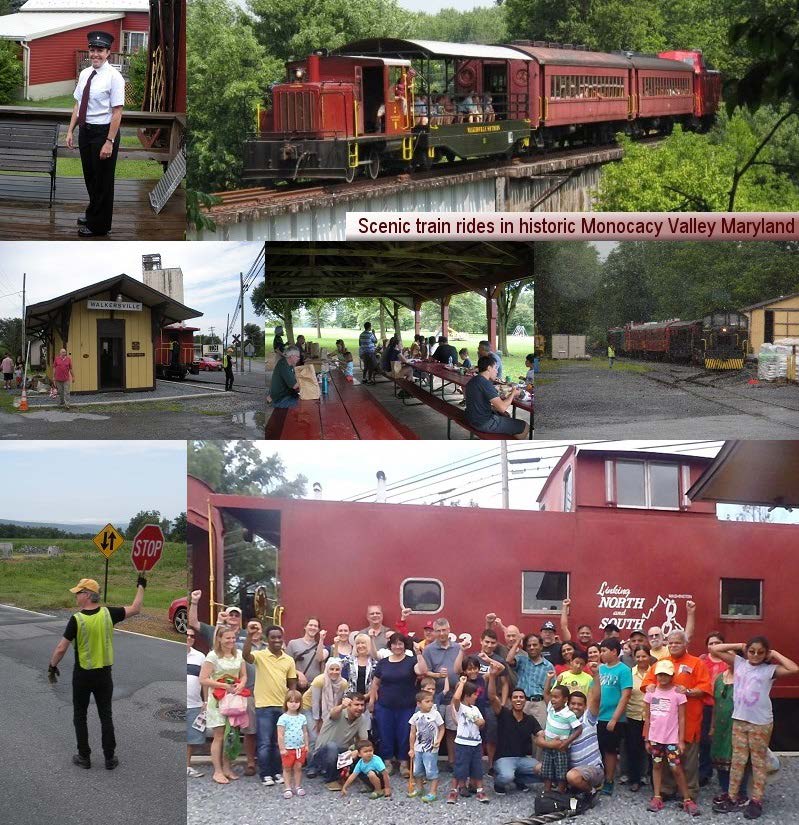 The Transportation Committee hosted its Railroad Excursion & Picnic event on Saturday, July 18, 2015, at the Walkersville Southern Railroad in Walkersville, MD. Despite the morning rain, sometimes heavy, we had a great turnout. L.J. Sauter took the photographs in the collage you see here; Ranjit Sahai took the group photo (bottom right), and the “Scenic train rides…” photo (top right) is courtesy of the Walkersville Southern Railroad.

Photographs, from the top to the bottom, left to right, are: train conductor, locomotive and cars we rode; the Walkersville Southern railroad station; the picnic shed the railroad yard; the railroad flagger at railroad-street intersections; and NCS group photo after the hour-long excursion on the historic train that was built in the 1870s.