This Special Feature preserve a part of our history for the future. The background of our past presidents and their current interests is our way of helping you become familiar with the Section's history and experience the diversity of backgrounds civil engineers accumulate over their lifetimes. 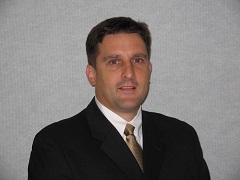 Frank Malits first became active in ASCE-NCS in the late 1980’s as a member of the Younger Member Forum, eventually serving as YMF President.  Participation on the Board of Directors grew over 12 years’ time to include several terms as Newsletter Editor, Director, Treasurer, and eventually President (2000-2001).

Frank is a currently a principal with Cagley & Associates, Inc., located in Rockville, Maryland, whose practice is structural engineering for buildings.  He has participated in the design of many significant projects within the DC Metro Area, including: MGM National Harbor Casino & Resort in National Harbor, MD; the U.S. Coast Guard Headquarters Complex on St. Elizabeth’s West Campus in Washington, DC; the consolidation and relocation of the Walter Reed National Military Medical Center in Bethesda, MD; the Verizon Center and adjoining Gallery Place developments in downtown Washington DC; and the National Oceanic and Atmospheric Administration Satellite Operations Facility in Suitland, MD.  Building projects for which he has served as Structural Engineer of Record have been recognized for excellence in design and construction through various awards and citations presented by, among others: ACI- National Capital Chapter, ACI- Maryland Chapter, Associated Builders & Contractors of Metro Washington, the United States General Services Administration, the Structural Engineers Association of Metro Washington, and the Design/Build Institute of America.

Frank graduated from the Pennsylvania State University with highest honors in 1987 with a Bachelors of Architectural Engineering, with Structural Systems Emphasis.  He is a registered engineer in 15 states and the District of Columbia.

In addition to ASCE, Frank contributes to several other professional societies including the American Concrete Institute (ACI), where he is a member of Committees 301 (Specifications for Concrete), 318 (Building Code Requirements for Structural Concrete), and 329 (Performance Specifications for Concrete); the Post-Tensioning Institute (PTI), where he is a member of the Building Information Modeling Committee and Professional Members Committee; and the Structural Engineers Association of Metropolitan Washington (SEA-MW), where he is a two-term Past Chairman.