Click HERE to register with credit card, or pay at the door. Please register by Monday, September 23! 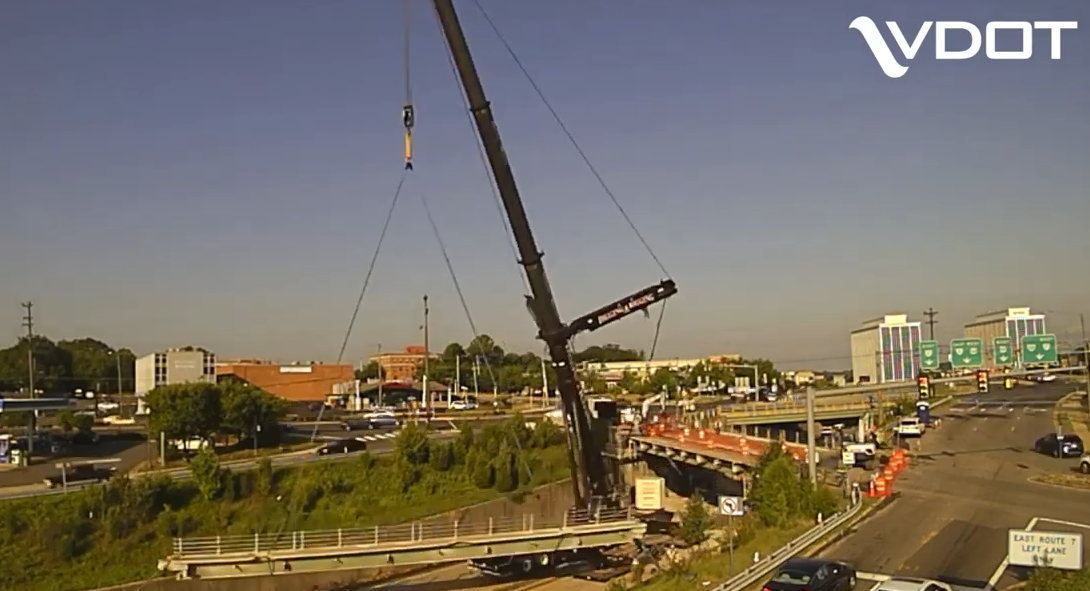 In the busy Seven Corners area of Fairfax County, over the weekend of August 2nd through 5th, the bridge carrying EB Wilson Boulevard over US Route 50 was replaced in a span of 54 hours. A traditional superstructure replacement project would have caused weeks, if not months, of significant traffic impacts in one of the busiest, most complicated intersections in Northern Virginia.

The original 87-foot long bridge was constructed in 1958. Like so many bridges of its age, the continuous exposure to the environment and to de-icing chemicals (chlorides) have caused the superstructure concrete to deteriorate over time. The bridge deck was rated “Poor” and required a superstructure replacement. To minimize the impacts to the traveling public, VDOT chose to use an accelerated bridge construction (ABC) approach to this project, with three new superstructure pre-constructed units (PCU) assembled and stored near the bridge site to allow for a quick installation following the demolition and removal of the existing bridge superstructure. In addition, the project incorporated improvements in the design including upgraded railings, new sidewalk and curb, and new concrete end walls on the southwestern approach.

At the September 24 Transportation Committee meeting, representatives from the VDOT NOVA District Structures and Bridge staff, along with members of WSP’s design team, will discuss the design and construction of this highly successful project.