Ahmet Zeytinci, P.E., Ph.D., Fellow-NSPE, Fellow-ASCE is an award-winning professor, structural engineer, author and mentor living in Washington, D.C. Since joining academia, "Dr. Z", as he is known by his students and colleagues, has distinguished himself on campus and beyond. He is passionate about engineering, gifted in teaching, and is a true champion for professional licensure. Dr. Z. has extraordinarily high standards; has produced award-winning designs; is prolific in professional service; and infects others with these same values. He is the recipient of numerous local, regional and national awards, including recent national awards from the National Society of Professional Engineers (NSPE) and American Society for Engineering Education (ASEE). Since 2014, he has been regularly writing monthly articles for “Dr.Z’s Corner “ and offering hundreds of engineering problems, for free, every month for students, engineers and engineering educators worldwide. Dr. Z. also offers pro-bono Saturday classes for students and engineers; his free classes are open to all in the greater Washington metro area and cost nothing, nada, zilch! Starbucks coffee is always a must have for Dr. Z. 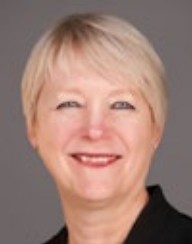 The phrase, ‘It’s the economy, stupid’ has been attributed to James Carville, Bill Clinton’s successful 1992 presidential campaign strategist. And indeed, it is. The economy is both blessing and curse. It creates both well-being and disaster. If we ever needed a reminder of the omnipresent impact our daily economic activities have on our lives, the global COVID-19 pandemic is just such a reminder. So, what then, is the economy?

Economic theory distinguishes between three sets of activity: production, resource allocation, and consumption. These distinct sets of economic activity can also be described as the ‘what’, ‘how’ and ‘for whom’ questions of economics. The first describes production activity and its many interesting issues related to the production of goods and services including production costs, efficiency, innovation, and competition. The second describes the recipe of production, and includes such interesting topics as labor inputs, energy, and renewable vs nonrenewable resources. The third describes the demand portion of the economy including what kind of products and services consumers need or want, and how responsive they might be to price changes.

This past year has highlighted all three of these economic spheres. For example, what goods and services do we produce in the United States and where do we produce them? Which ones do we import and how reliable are the supply chains of these imports? Take our food, for example. Eighty percent of our fruits and vegetables are produced in California where water is increasingly scarce. Most of our meat comes from Texas. Both are a far distance from the distribution centers in high population areas on the east coast. Much of our food is also imported and what is produced domestically requires the labor input of migrant workers who come to the US from Mexico and other central American countries. Without them, our strawberries, salad greens, and beans would not get harvested and would rot in the fields. We learned firsthand how vulnerable some of our supply chains are as workers in meatpacking plants and distribution centers became known as the essential workforce we depend on to get our food delivered to local grocery stores or to our doorsteps. These essential workers are some of the lowest paid and their working conditions make them highly vulnerable to COVID-19 transmission.

Consumer demand shifted as well. Demand for home improvement related goods and services sored while tourism, hospitality and other customer facing service sectors suffered. The increasing bifurcation of our demand sector also came into stark focus as some households depend on food from local food banks and are forced to live in shelters or their cars, while others were able to bolster their savings. Women left the workforce in especially high numbers in part because they occupy a high portion of service sector jobs, and in part because they took over the bulk of home schooling and other child rearing responsibilities. Labor demands in and outside of the formal workforce are not evenly distributed.

So, what have we learned? My hope is that we were reminded of what economists call negative externalities. These are the unintended and usually negative side effects of our economic activity. These side effects show themselves in the pollution of our air, rivers, and soil, plastic islands and chemicals in our oceans, global climate change, growing inequalities, and social unrest. Negative externalities don’t just disappear. They are displaced over time and space. Their consequences are rarely suffered by those who create them, but by future generations and those least able to defend themselves.

My hope is that we will begin new collaborations. Economists from Malthus (1766–1834) to the Club of Rome (1968) have warned of this disastrous prospect of resource depletion and a rate of population growth that outpaces our rate of productivity growth and especially our ability to increase food production. Yet even as we face the prospect of a world population of ten billion people, we have reason for optimism. Technology and its efficiency increases has enabled us to produce more oil, more food, and more consumer goods. In fact, we have produced so much more that prices have fallen, and demand grows steadily. Yet new collaborations are needed to address the real frontiers of technology and efficiency.

The true limit to growth may not lie on the resource side of the economic process, but on the sink side. Sinks are the earth’s genius ways to absorb the emissions and waste by-products of our economic activity. As waste and emissions are released, they are processed, absorbed, buffered, and accumulated in a set of context systems we call our environment. Oceans absorb CO2, soils absorb water and the emissions it contains, the air takes up and dissipates NOx and SOx emissions. And there are social sinks as well as workers are loved and cared for in families and communities who absorb the stress and strain of their exhaustion and injuries.

This means that the field of economics, and the field of engineering, must be concerned with more than the resources necessary to sustain economic production and consumption. We must also concern ourselves with the sink capacities that provide the capacity to reduce the negative impacts created by growing emissions and waste. Can emissions not only be reduced but reversed? Can waste be reused with minimal energy inputs? Can buffer capacities of the soil be restored? Can we not only reduce CO2 emissions, but reabsorb excess CO2 without creating new unwanted side effects?

In other words, we need a new concept of economic activity that shifts our focus from sources to sinks and the value these sink functions create. Such a sustainable economy will increase efficiency so fewer inputs can result in the same or higher output levels of goods and services; it will reduce emissions and waste resulting from the production and consumption of these goods and services; and it will restore and improve the ecosystems services that deliver the sink capacities necessary to process emissions and waste and maintain the health and vitality of our physical and social environment. Such a new economy will certainly require circular designs and systems approaches.

Food is a good place to start. At the University of the District of Columbia and its College of Agriculture, Urban Sustainability and Environmental Sciences (CAUSES) we launched an Urban Food Hubs model that creates small scale circular food systems consisting of (1) food production, (2) food preparation, (3) food distribution, and (4) closing the loop through waste and water management. The urban food hubs are ideally located in neighborhoods that lack access to fresh food. They model a circular, decentralized food system that can supplement rural production with greens, tomatoes, peppers and ethnic crops so that the most perishable and nutrient rich food plants can be produced right where the majority of consumers live. I invite you to join in this journey of re-envisioning such a circular, decentralized economy that understands how nature works, and how people live well – one community and one product at a time. It’s the smart economy of the future!

Sabine O’Hara, is Distinguished Professor and Program Director of the PhD in Urban Leadership and Entrepreneurship in the College of Agriculture, Urban Sustainability and Environmental Sciences (CAUSES) at the University of the District of Columbia (UDC). As founding dean of CAUSES she led UDC’s efforts in building a cutting edge model for urban agriculture that improves urban sustainability and the quality of life of urban communities.