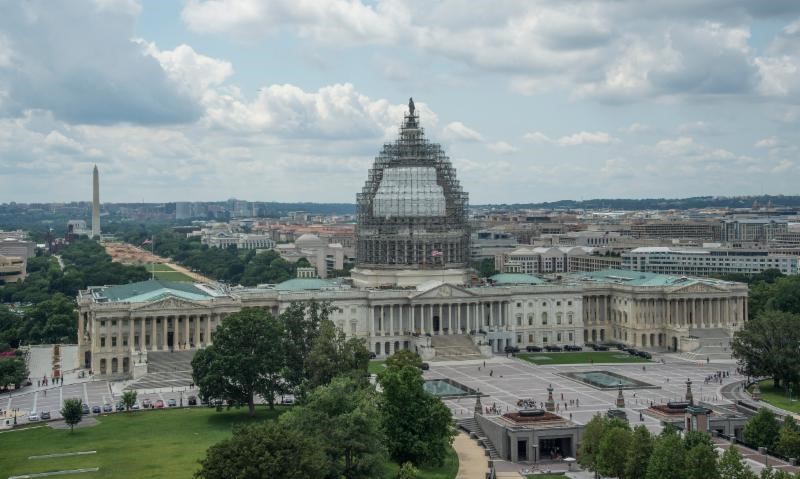 American Society of Civil Engineers-National Capital Section (ASCE-NCS) began its Centennial year with a presentation on the history and restoration of the symbol of American democracy and freedom that stands at the core of our Nation's Capital. Christine Merdon, Architect of the Capitol (AOC) Chief Operating Officer, described the roles and responsibilities of the AOC and discussed the Dome restoration project in detail. The United States Capitol Dome, a world-renowned architectural icon, was constructed of cast iron more than 150 years ago. The Dome had not undergone a complete restoration since 1959-1960, and due to age and weather became plagued by more than 1,000 cracks and deficiencies. The AOC recently began a multi-year project to repair these deficiencies, restoring the Dome to its original, inspiring splendor and ensuring it can safely serve future generations of visitors and employees as the roof of the Capitol. This project is tackling deterioration of the Dome, the interstitial space between the Dome and the Rotunda, and the Rotunda interior. The authorized budget for the project is $59.55 million, which includes construction costs, contingency, and project support. The construction contract was awarded in November 2013 when the contractor began staging equipment and materials on the Capitol grounds. Soon thereafter, the scaffolding to facilitate the restoration work began to rise from the base of the Dome to the top of the Statue of Freedom and a catenary system was installed inside the Rotunda to protect the public and invaluable artwork inside. The project is expected to provide the Capitol Dome protection from the elements for the next 50 years, preserving one of the nation's most iconic structures for generations to come.

Christine joined the AOC as its Chief Operating Officer in 2010. The AOC traces its beginning to 1791 and is the builder and steward of Capitol Hill's iconic federal buildings and grounds, including the U.S. Capitol, the Library of Congress, and the Supreme Court. Ms. Merdon is responsible for facilities construction, operation, preservation, and management; she provides overall direction for 2,600 employees that work round the clock to serve Congress and the Supreme Court.